We’re so excited for the possibility and promise of a New Year, but as we look forward we take a moment to look back at someone who gave so much to AccesSurf last year, and we know will continue to give. Though Russell has only been with us for a little more than a year and a half or so, he has very quickly stepped forward to be a big part of just about everything we do. We are so grateful for everything Russel does – being on point with Water Safety, volunteering on our leadership committee, working with Team Hawaii and Team BustahMove, and more. We could sing Russel’s praises pretty much all day, so it’s probably best if we turn it over to him and let him describe his AccesSurf experience in his own words;

I first heard about adaptive surfing after watching the surf documentary “Step into Liquid.”  But I’m still unsure how I heard about AccesSurf. It was most likely when a bunch of adaptive surfboards were stolen and AccesSurf was featured on the local news. But it wasn’t for several months after, that I forced myself to wake up at dawn to attend the first time volunteers orientation at the April 2015 Day at the Beach. I’m pretty lazy, so driving from town to white plains at 7 o’clock in the morning was a pretty big commitment. I honestly wanted to just be a bystander and feel the vibe that first time. But Jim Russell put me to work. I’ve been on water safety ever since. I wasn’t that invested until I became Facebook friends with Buster Kawasaki, who is friends with EVERYONE. That opened the floodgates and I started volunteering at Wounded Warrior events and with the Hawaii Adaptive Surf Team. Now I’m a part of the Accessurf leadership committee and Team Bustahmove within the adaptive surf team. Both of which I’m extremely grateful and honored to be a part of. I’ve made so many friends through AccesSurf, that I don’t feel like I’m volunteering my time, I’m just surfing with my friends. 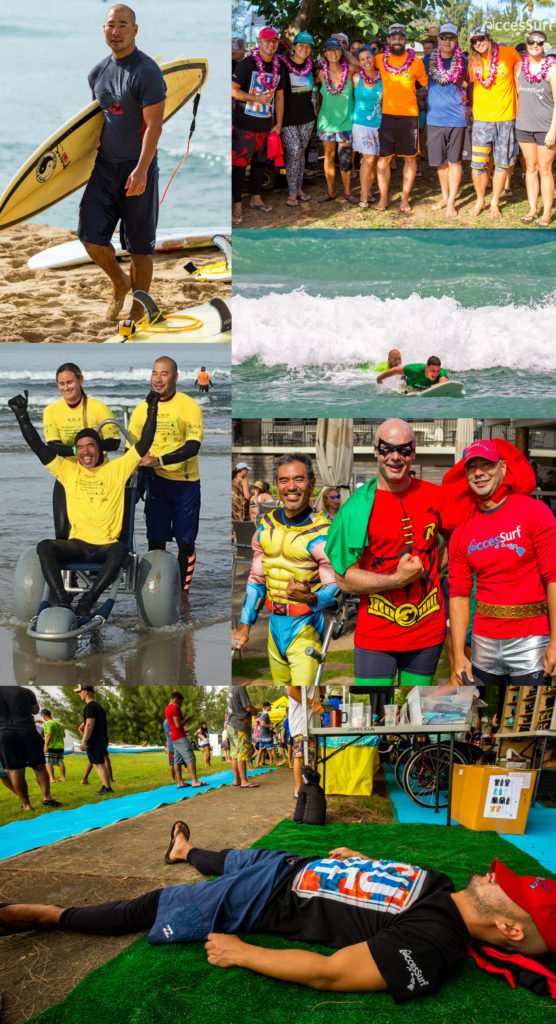 Well, we would HARDLY call Russell lazy, but since he is the one who said it we figured we’d include a token picture of him taking a nap at last year’s Kualoa event! 🙂 Mahalos for all that you do R! 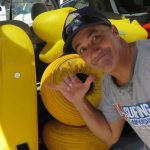 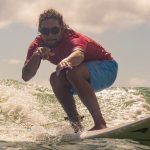