Ten years of smiles, stoke, and so much more. What a journey it has been! One that we have all embarked upon together, for AccesSurf does not happen without each and every one of us – volunteer and participant alike – coming together as one.

AccesSurf was born of humble beginnings, a few pickup trucks and lots of duct tape and a determination to adapt in any way possible to get those with disabilities back in the water. Original founders Mark Marble and Rich Julian, along with two other original board members Kate Julian and Amen Somal started first with a small trial run in November of 2006, followed by the first ever “Day at the Beach” the next month.

We’re proud to say that much of this original group is still very active with us, all these years later, and many have gone on to great things. Ann Yoshida went on to become a Paralympic athlete at the Rio Olympics. Rich Julian has gone on to compete in adaptive surf competitions around the world, inspiring countless adaptive surfers. Jeff Hepfer is still one of our key leaders – running our Swim Clinics and is active on our Leadership Committee. Chris Courtois is now the head coach of the Hawaii Adaptive Surf Team. Mark Matheson has become a leader in adaptive prone paddling, completing the prestigious Molokai to Oahu crossing several times.

For the first seven years Mark Marble served as Executive Director, during this time AccesSurf and the Day at the Beach program continued to grow steadily. Mark forged partnerships for special programs with Make-A-Wish Hawaii and initiatives with City and County to establish permanent beach access, and even provided safe beach access for the Dalai Lama to bless the Hokulea.  In 2011, a second monthly program was added – Wounded Warrior Day at the Beach – to serve our wounded service men and women, providing them with healing ocean experiences and helping many of them with their transition to civilian life. In 2012 AccesSurf became Hawaii’s first and only Paralympic Sports Club.

In 2014, Cara Short became Executive Director, ushering in an era of rapid growth both for AccesSurf and adaptive surfing the world over. Our Day at the Beach program began seeing record numbers of participants and volunteers nearly each and every month. Quarterly swim and surf clinics were added, focusing on equipping participants with the skills needed to enjoy the water as independently as possible.

In 2015, the first ever World Championships for Adaptive Surfing were held in La Jolla by the International Surfing Association. AccesSurf was critical in developing the safety protocol and competitive classifications for the event and also helped found the Hawaii Adaptive Surf Team, who made a great showing that year. More than anything this event galvanized the global adaptive surf community and put AccesSurf on the world stage. Thanks to this exposure, our own annual adaptive surf competition held each year at Duke’s OceanFest, then became the world’s premiere competitive adaptive surfing event. 2016’s competition featured more than 60 athletes from 9 countries, showing just what adaptive athletes can do.

Today, AccesSurf hosts more than 30 events each year, facilitating well over 2500 ocean experiences annually and has a volunteer base of over 900 people.

Thank you, all of you, for everything. 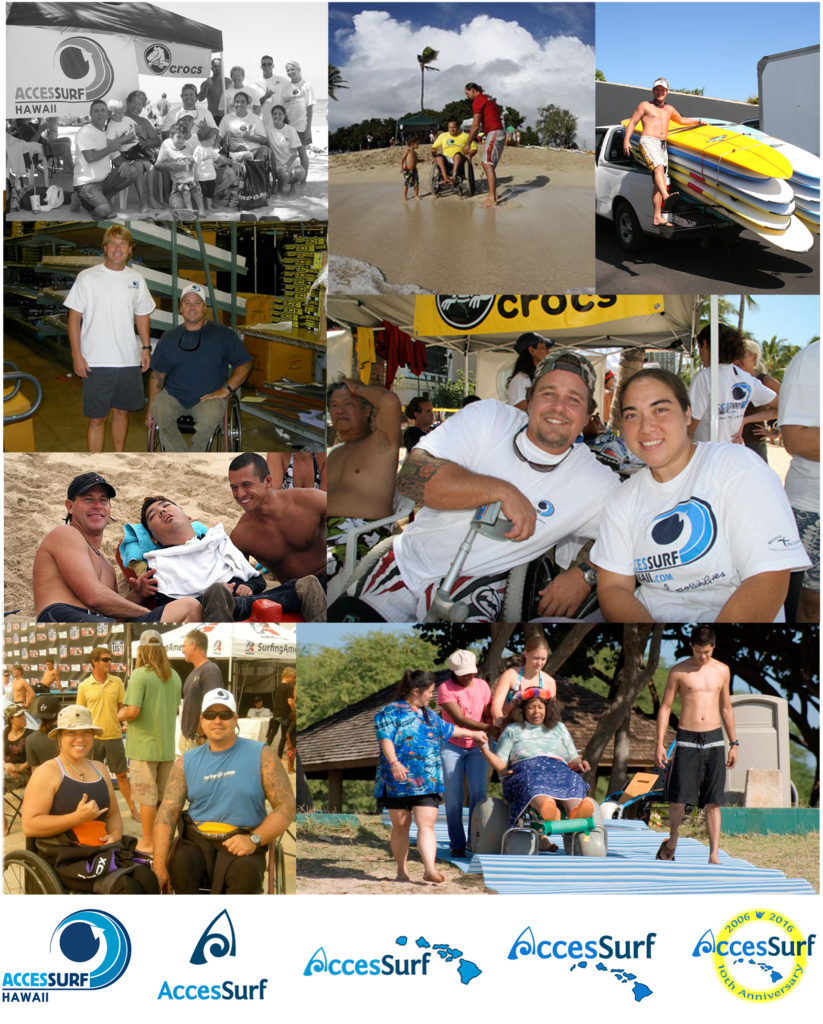 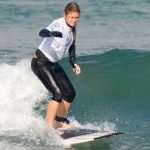 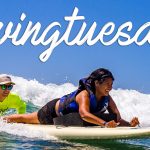