Introducing our AccesSurfer of the Month: Mark Matheson!

Mark has participated in AccesSurf events and programs since almost the beginning in 2006.  He has helped us raise awareness and fundraise  by prone paddling around Oahu and has competed in many many paddling races here in the islands.  Let’s hear from the man himself: 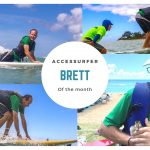 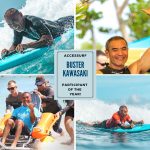