While we are a now nearly a week into the New Year and all eyes are set on the future and possibility of things to come, we’re taking a moment now though to look back. After all – January, has it’s root’s in the word Janus, a mythical and ancient Roman figure who had two faces with the ability to look both forward and backward at the same time.

So, in that spirit we look at the year that was 2016, and what a year it was for AccesSurf! Our biggest year yet – and of course our tenth anniversary! With nearly forty events, we were busy! Looking back at the photos from our very own Jason Rose, we were struck by the power of our community. If you get the time, please visit our Flickr page and check out ALL the great images from the year. But here in this post we’ll focus on images show just how big our community is. In the water, we are all one – adapting together to ride waves of joy with our friends and family. So with that, here is a brief glimpse at the year that was 2016!

In the first four months of the year we hosted 15 events! In January, congresswoman Tulsi Gabbard came out to surf with our Wounded Warriors, and we hosted a surf clinic (where Marie and Gary caught their first independent waves!), had fun at the Makahiki Challenge, and threw a volunteer potluck.  February featured a sled hockey clinic and a booth at the Great Aloha Run. In March we had a FUNdraiser at Blue Planet Surf and SUP shop and of course in April we hosted our First Annual One Ocean event. All this in addition to our regular Day at the Beach and Wounded Warrior programs! 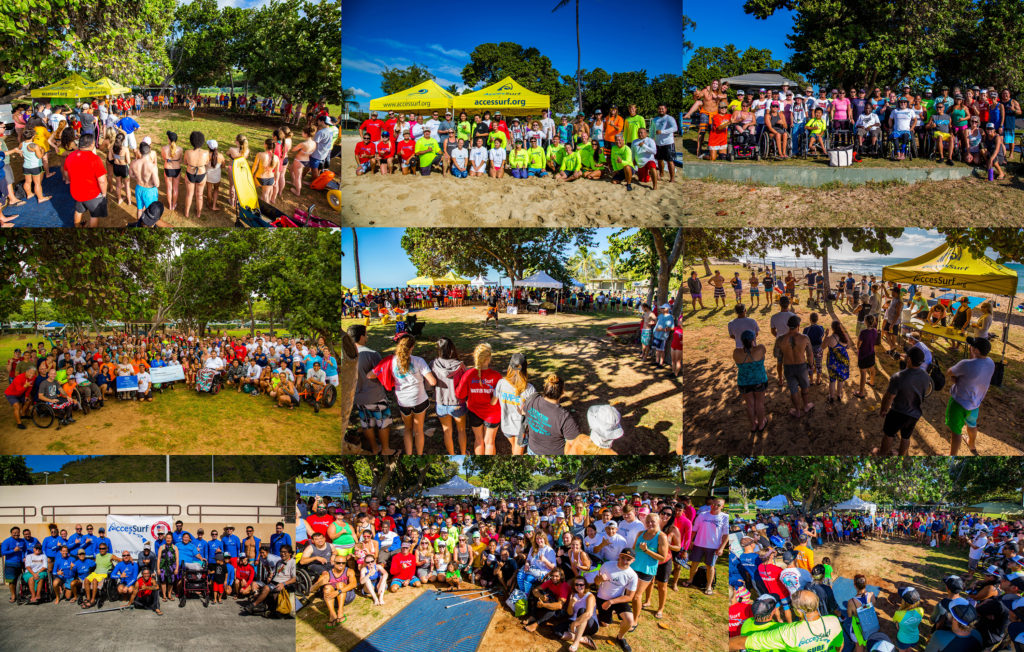 The first few months of summer were at a nice pace, aside from Day at the Beach and Wounded Warrior, in June we hosted a special surf experience day for Special Olympics Hawaii and in July held our annual FUNdraiser at 320 S. Ward.

We were off and running the second half of the summer, what a whirlwind! We started August with a special Day at the Beach at Kualoa regional park in cooperation with the City and County of Honolulu. Then of course there was our 10th Annual Adaptive Surf Competition at Duke’s OceanFest. Our biggest ever with 60 athletes from 10 nations competing for three days! It was huge. As if that didn’t keep us busy enough we also hosted a swim clinic. September saw a hurricane false alarm and our first Day at the Beach cancellation in many years, so we put together a fun surf clinic the next week. The end of October we had a blast at Turtle Bay for the Superhero Surf Jam, a costumed surf competition.

We closed the year strong! November was our 10th Anniversary, and we celebrated in style at our Day at the Beach event. We also had our most succesful FUNdraiser event EVER to date at Signatures Steakhouse. We’re so grateful to Peter Kim, Andrew Rosen (both of them), and everyone else who made that event such a success. To wrap up the year the Hawaii Adaptive Surf Team traveled to La Jolla to represent our great island on the world stage at the World Adaptive Surf Championships. 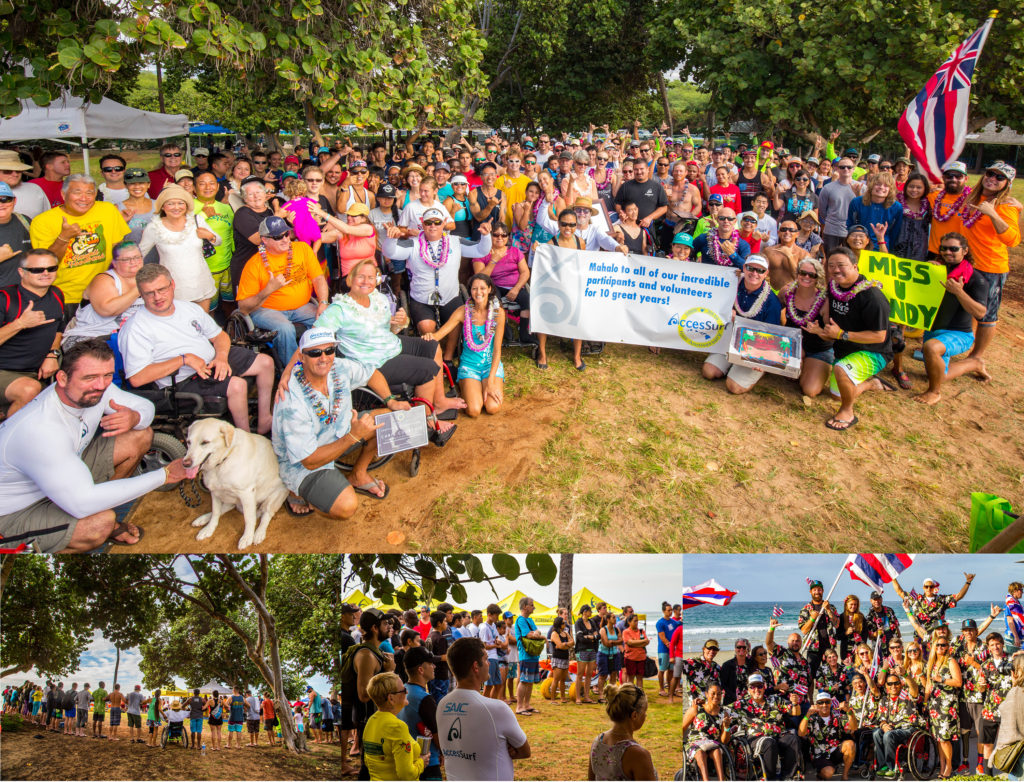 Thank you all for everything, we are all AccesSurf – together! That’s why we wanted to share all these group photos and show that when we all come together – truly amazing things happen. Here’s to wishing everyone a happy and prosperous 2017!!! 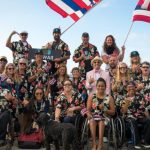 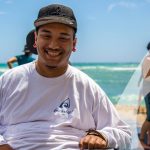