LA JOLLA SHORES,CA – (November 29-December3,2017) AccesSurf today announces the Hawaii Adaptive Surf Team has placed 5th in the world as a team at the 2017 ISA World Surfing Championships. In addition to the team standing they proudly brought home 2 Gold, 1 Silver,1 Bronze and 2 Cooper medals in the individual divisions. The Hawaii Adaptive Surf Team represented with a team of 10 adaptive surfers.

“We are so proud of the Hawaiian team. They competed strong but they also brought a lot of Aloha to entire event.,” said Cara Short, AccesSurf executive director. “We are excited to see the growth of the competitive adaptive surfing community around the world.”

Established in 2006, AccesSurf empowers individuals with physical disabilities through accessible water programs. The Hawaii Adaptive Surf Team is a program of AccesSurf established in 2014. They train throughout the year and compete locally, nationally and internationally. 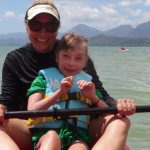 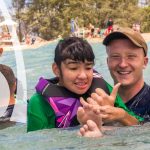